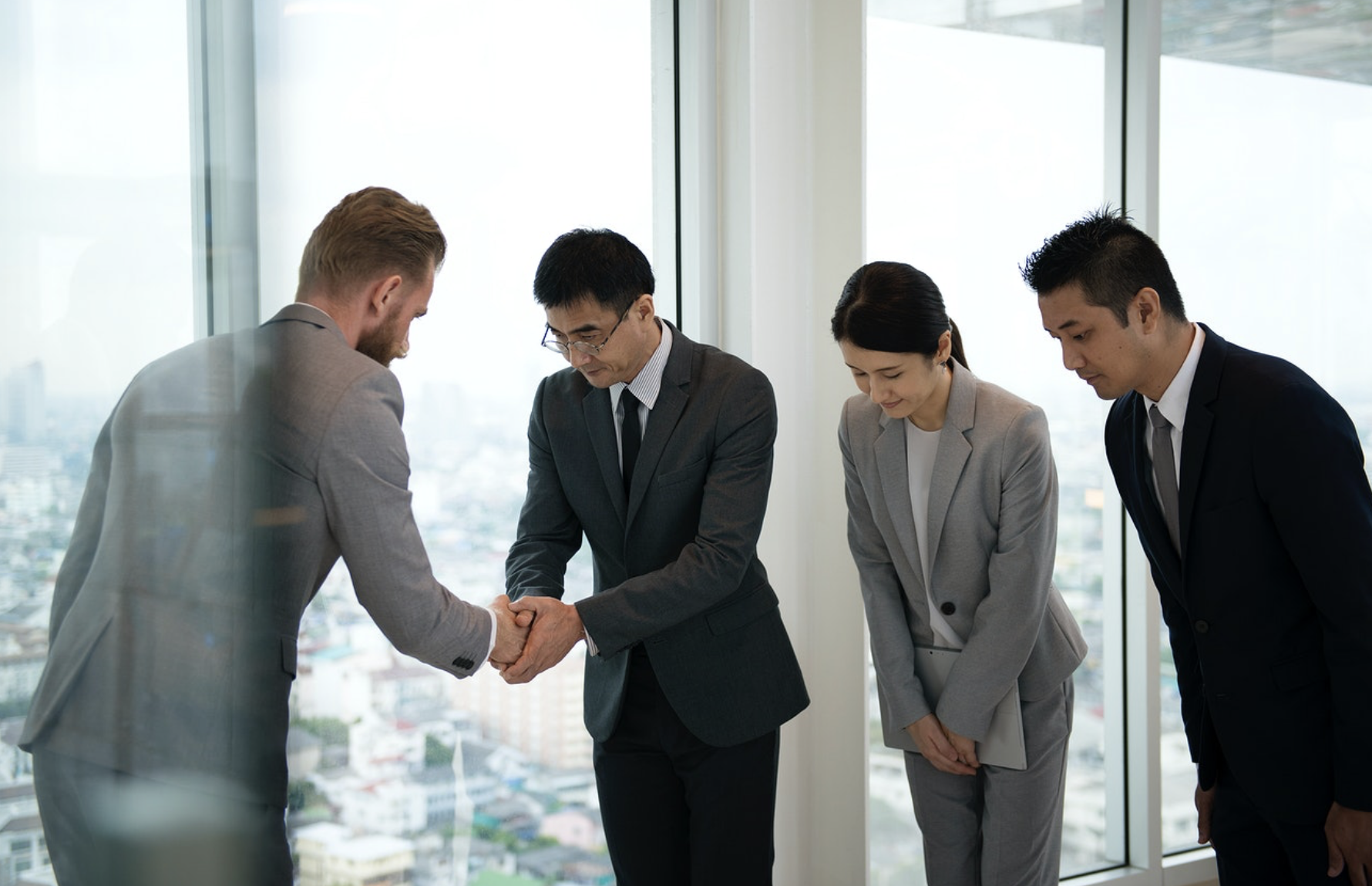 Understanding Japanese Management from “The Handbook of Master and Helpmate”

Today, Japan is ranked as the third largest economy in the world. But despite achieving success in the global stage, Japan is not often seen as a market that is easy to work or succeed in. The Nagaoka Review spoke with Prof. Nobumichi Watahiki, an expert on Japanese management and professor at the Nagaoka University of Technology to explain some unique perspectives about Japanese business and management practices.

NR: What is the first thing that you’d like to highlight about Japanese management?

NW: That Japanese management is an internalized activity. Organizations in Japan have a long tradition of providing employees years of training, and in so doing, building tacit knowledge. Unlike explicit knowledge, tacit knowledge is not put into words, not extracted, nor documented. This knowledge is gained from experience and that is why Japanese managers and even employees often find themselves in a difficult position when pressed for expressing their principles explicitly. Thus, as more Japanese companies globalized, they were often faced with frictions between the management and local staff, and this led to Japan being viewed as a strange country1. Although it is even good intentions that can lead to confrontation, it is a pity that the Japanese themselves did not make an effort to explain themselves positively and scholarly to foreigners.

”Another important idea is that there are religious influences and tradition that helped shape Japanese-style management even up to this day.

Japanese-style management is deeply rooted in the synthesis of Shinto, Confucian,  and Buddhist ideas that characterized the 18th century Japanese philosophy called shingaku (“education of the heart”). Shingaku is comprised of many elements but I’d like to use the writings from Shujū Kokoroegusa (主従心得草) or “The Handbook of Master and Helpmate,” (Master-Helpmate).

“Master-Helpmate” is a fairly large and reprinted version which can be considered a case study textbook that discusses traditional Japanese ethics, and the principles that govern the relationships between owners and successors of a house, or those who have just become the head and will have subordinates. This is comparable with the relationship between employers or managers and employees.

In “Master-Helpmate”, the most important thing in managing employees is the shared view of work. Labor perceptions differ depending on the region, religion, and age. To some, labor can be viewed as hardship, while others may see it as a form of training. Because of this, management method varies greatly depending on how labor is viewed.

”In “The Handbook of Master and Servant,” the relationship between the “master” or head and “employee” or subordinates is seen as a form of training.

The view of labor in the “master and helpmate” is that it is enduring that the “master” is to work the “helpmate”, and that “helpmate” is to endure the work given by the “master.” Here, the concept of ‘shingaku‘ emphasizes on experience, the very circular shared view of work, and unity of knowledge and action. As this kind of training applies across all walks—from samurais, priests, doctors, peasants, traders, and townspeople—all should be trained day and night, according to the handbook. 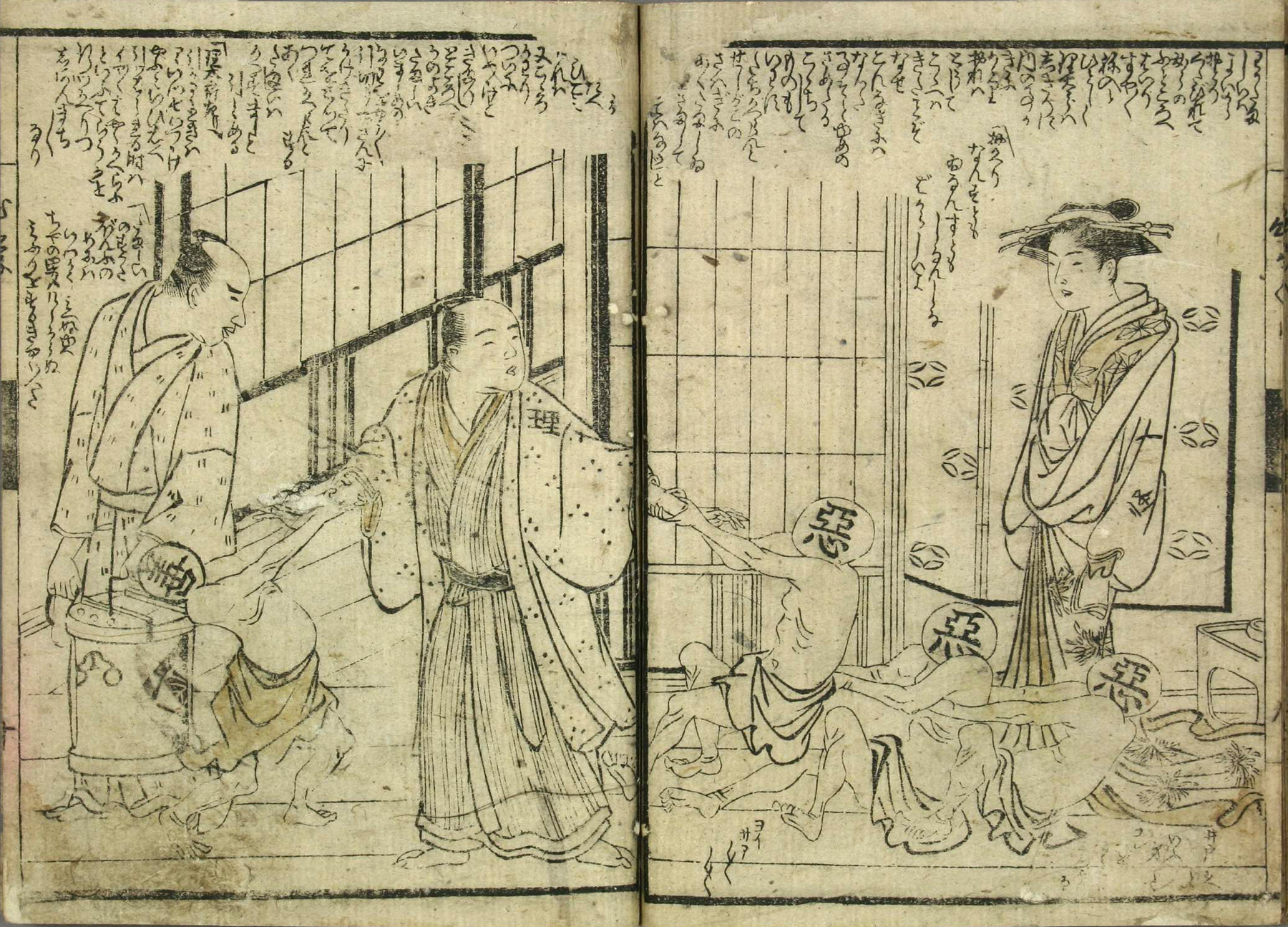 A depiction of shingaku, a form of education that teaches the virtues of frugality and diligence to ward off evil tendencies.2 Seen on the left side is the symbol for good (善) while the right side shows the symbol for bad (悪).

NR: How is this view of work in Japan compared with others?

In Europe, since the days of ancient Greece, labor has been divided into two categories: technè or poiesis and prāxis. Technè is a work that moves the body of a craftsman, and is regarded as painful. This is accompanied by an assessment of “dirty and shameful” manual labor. On the other hand, poiesis refers to the creative act, and prāxis refers to the act of moral things and decisions. In other words, poiesis and prāxis are activities that require thinking or creating things independently and both are at the top of the action hierarchy. It seems that the idea that brain-moving work is higher than physical-moving work is basically the same today. 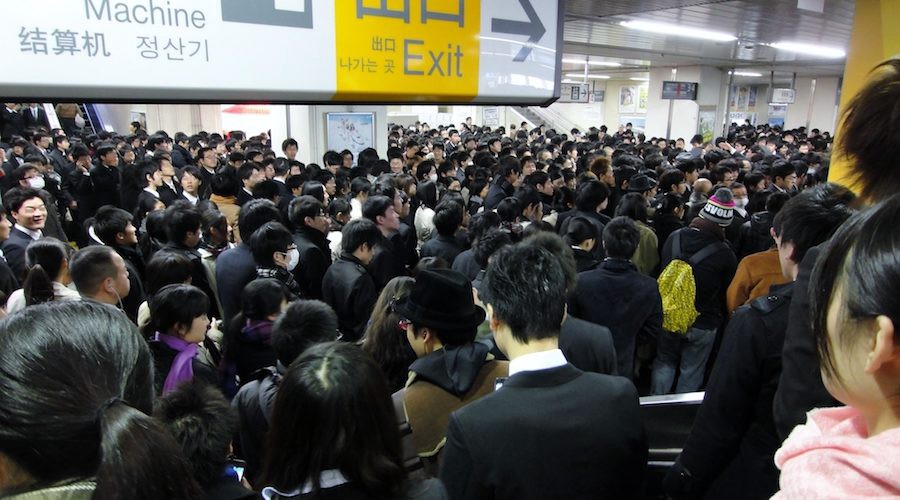 Rush hour in Tokyo, considered as one of the largest megacities in the world. Photo credit: Towards Data Science

On the other hand, labor in Japan is very different in that it includes all of them. In Japan since the 1980s, workplaces such as civil engineering are described as 3K: Kitanai (Dirty), Kiken (Dangerous), and Kitsui (Demeaning). In recent years, the IT industry has come to talk about the new 3K: Kitsui (Demeaning), Kyuuryou ga Yasui (Cheap salary), and Kaerenai (Cannot return home). Even today, the concept of labor in Japan does not often distinguish between physical labor and brain labor.

Both of them are painful, but as mentioned above, in European-type thinking, mainly physical labor is a shameful thing, and there is a tendency to desire liberation from labor. On the other hand, in “Master-Helpmate”, it is the same as religious practice. Even though one is “suffering” from work, the pain is seen as a precious act of accumulating virtue.

On the other hand, in “The Handbook of Master and Helpmate,” we warn that it is dictatorship. Rather than the leader’s sole discretion, he seeks to hire worthy subordinates and listen to their opinions before making a decision. At least in “Master-Helpmate”, there is no hierarchical relationship by contract. Also, the handbook mentions that it is difficult to exercise leadership without knowing the difficulty of working for those with lower ranks. This is probably why the president of a company that has grown to a certain degree takes the lead in working on the factory floor and becoming the top in sales activities. This can be an important factor in creating a sense of solidarity with employees, but it can have a negative effect on who is responsible or how to work efficiently.

Another important aspect of leadership is how members of an organization are treated like members of the family. 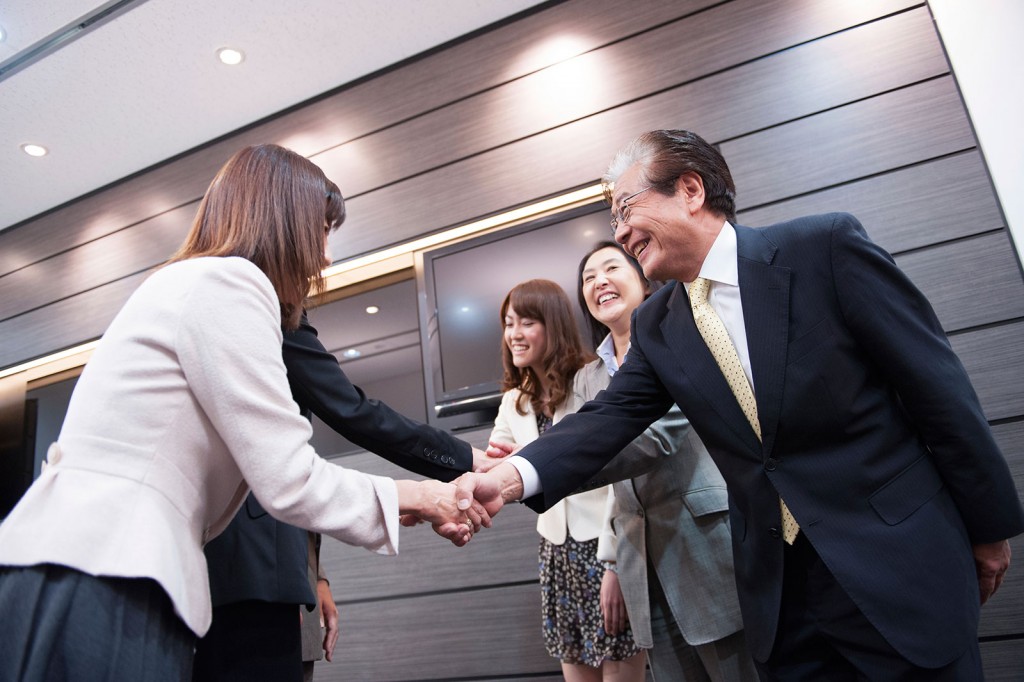 In “The Handbook of Master and Helpmate,” masters are asked to “think of [their] servant as [their] child, even if you are the only one. Never treat it too crudely.” This point is especially likely to be the basis for Japan’s long-term employment practices. It becomes difficult to eliminate a member if he/she is treated as a family.

NR: Is this partly a reason employees act like corporate warriors dedicating themselves to the company?

NW: Historically speaking, dedicating one’s life was an attitude expected from “helpmates” when they are welcomed into the house of their “masters” (a process called muragakae) during ancient Japan. Here, the main point is the debt of gratitude and the trust-based human relationship that is formed in the process. To show gratitude and to build on this trust, servants are expected to show loyalty and dedication to their masters. This partly explains why, today, you see “corporate warriors” or men who dedicate their lives to their employers in a fashion reminiscent of samurai.

However, as you have probably seen in the news, ‘karoshi‘ or death from overwork seems to be a Japanese characteristic nowadays. To me, the cause for this phenomenon could be found in a broad interpretation of the ‘shingaku‘ philosophy where the education of the heart, training, and the concept of ‘muragakae‘ is taken to an excessive and harmful level. 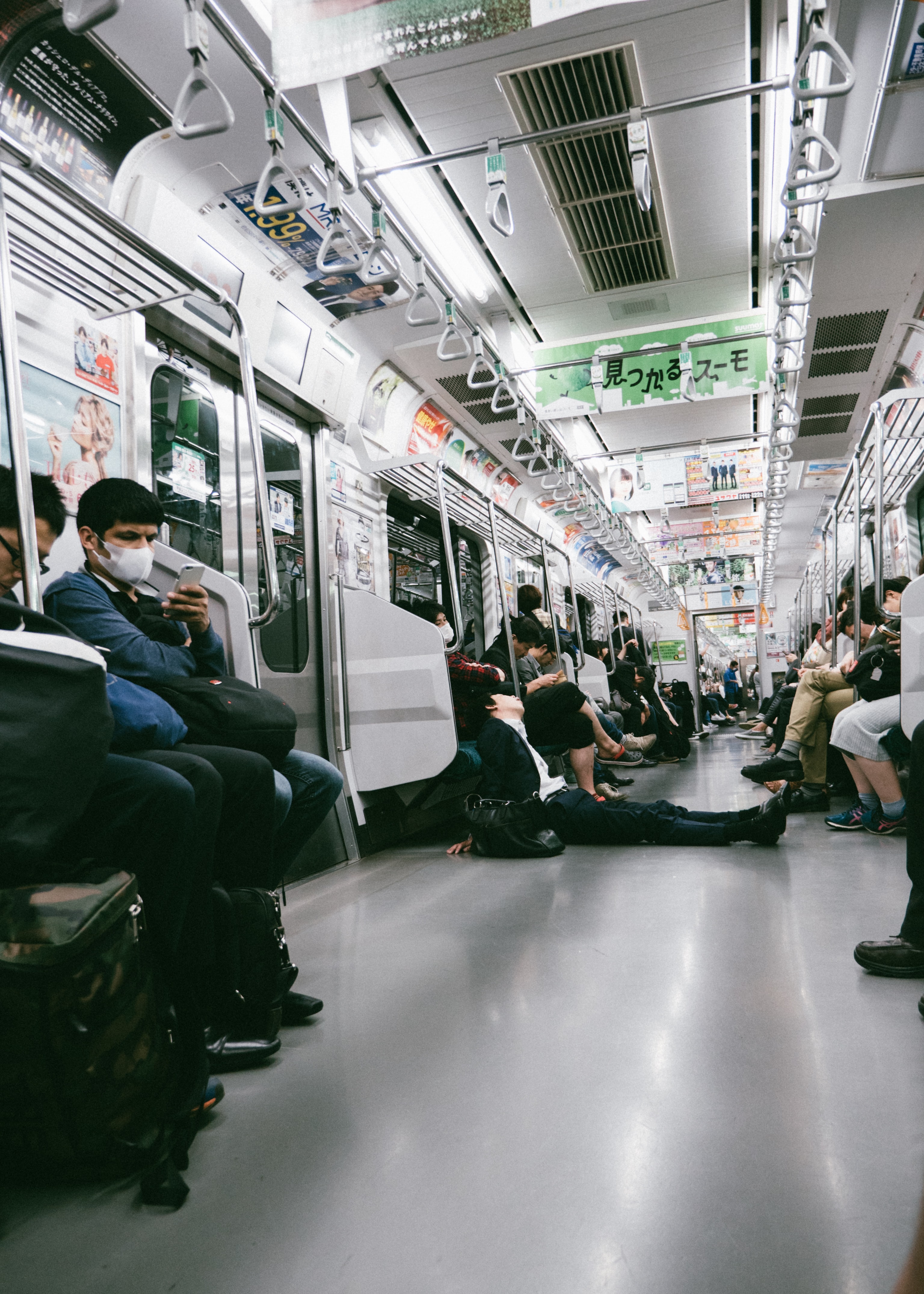 To summarize, individuals working with Japanese people may find it difficult to understand what they do. As highlighted above, there are religious influences and tradition that shape the behavioral and social-institutional context of Japanese leadership and management. It is important to provide this background as it enhances cross-cultural intelligence and management, leadership styles, management training, and corporate culture more especially when dealing with Japanese companies and employees.

Photo by Max Anderson on Unsplash. 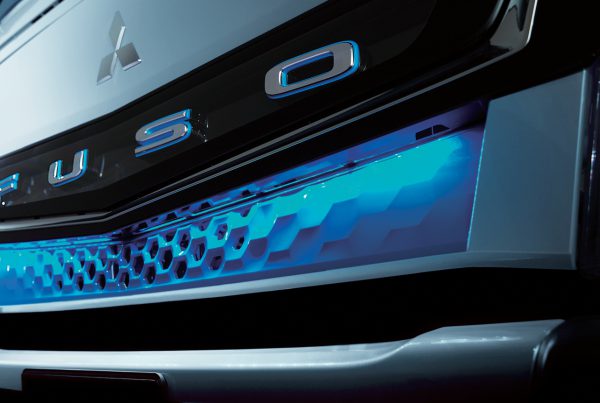